A group of guys gathered together from different states to fish for four days.  John, Mike, Greg, Jack and Bruce fished with fellow guides Ron-Ken and I this past Wednesday through Saturday. Wednesday was the best fishing and weather day by far as the guys hooked and landed in excess of 50 brown trout for the day.  The biggest was caught by Jack from PA and measured in at 24 inches.  John pictured here caught 20 brown trout himself for the day with a total of 70 fish.  No generation for the day allowed us to wade fish in the afternoon at the Narrows  where John was on “fire” and burning up the brown trout 😉  The next three days saw some weak generation and lots of wind which made the fishing tougher. Saturday was spent dodging bad weather and lightning but the catching was a bit better with Jack once again getting a good fish.  As you can see from this picture it was one foggy day.

The guys had a great time on the White River.  Here are some pictures of some of the fish and fisherman. 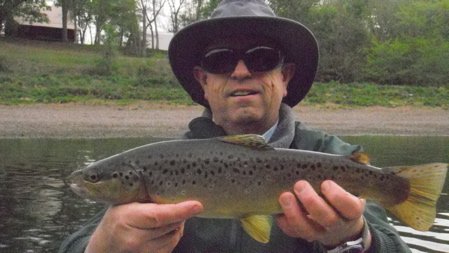 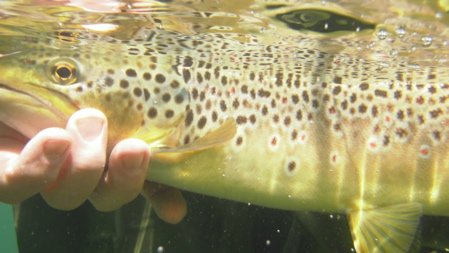 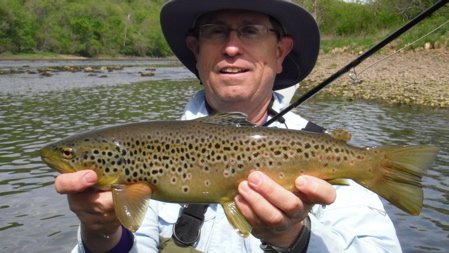 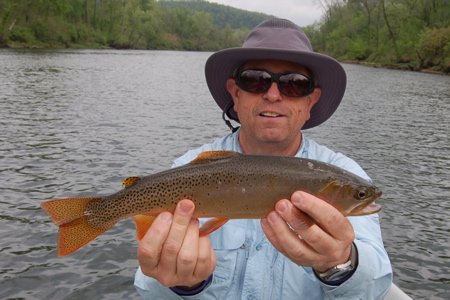 Lake Level and Generation:   Bull Shoals Lake has risen almost 4 feet in the past 24 hours to 658.14 and was at 654.28 this same time yesterday.  More rain will continue to push up the lake levels at both Bull Shoals and the Norfork.  At the Norfork Dam the flood gates are open due to the generators at that site not working as they are under repair at this time.  The flood gates are open to keep the lake level from rising to rapidly.