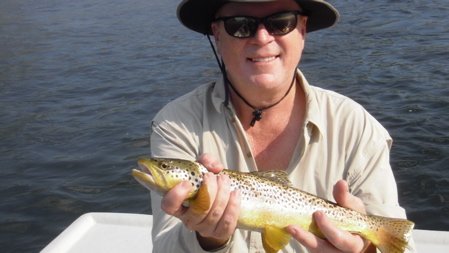 Click on the new Fishing Report tab above for a detailed information.

This past Tuesday and Wednesday I had the pleasure of fishing with an old high school buddy.  Mike and I went through high school in Aberdeen Scotland (1976 & 1977).  Mikes mothers family -Lonon-   ( you will see the name on the wildcat shoals access on the sign as Lon Lonon donated the land for the access) is from this  area and was here for a family reunion.  We got the chance to hang out a bit and test our memories over some good brews.  Mike brought along his daughter Cammie and his brother Jordan and we fished together Tuesday and what a start we had with a triple on the first drift.  On Wednesday Jordan and Mike and I hit the river again. 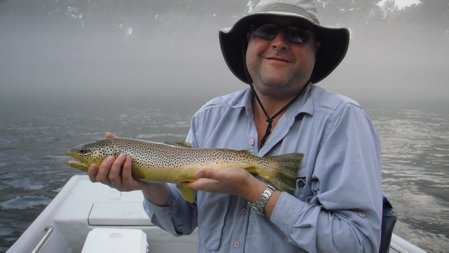 Jordan it turns out is quite the fisherman and spent some time guiding in Alaska for a few seasons and spends some time traveling around to places like South America, Mexico, Montana and the Carib hauling streamers and big meaty flies.  Looking forward to fishing with Mike and Jordan again. 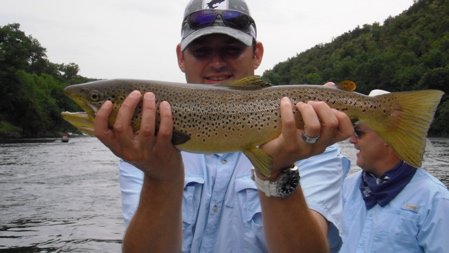 On Thursday and Friday Tim from the Dallas area  brought Jeff and Greg (both also known as Billy) on a fishing adventure to the White River.  We got an early start with some much cooler temps and Jeff hooked and landed this really nice fish that almost made the 24 ” mark.  It was a superb day for catching brown trout as we hooked and landed a dozen or so.  Well (Billy) did 😉  Both of them. 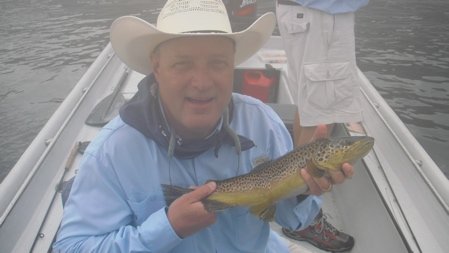 Greg (aka Billy) seen here with one of his many brown trout was a hoot of a guy and funny as heck. 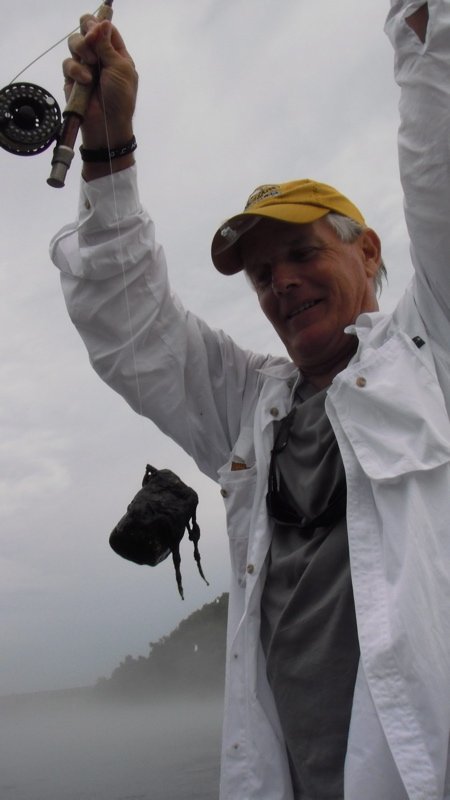 Tim seen here fought what we all thought (Tim had his doubts) was one heck of a brown trout.  Tim said if felt like a cinder block had he wasn’t far off as it turned out to be this rock.  He got a good ribbing the rest of the day of course.  But at least he got it in. 🙂 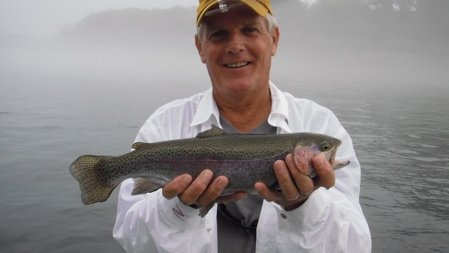 Read about today and tomorrow in the next installment.

Yep! Sept and October are pretty good months to fish and you’ll love our weather.  We don’t have mosquitos either!  🙂