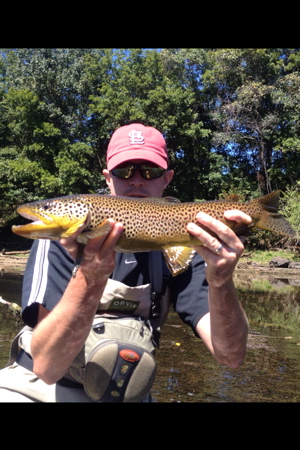 Isaac was a bit of a disappointment as our lakes could have used some rain to cool down the lake as well as bring up the lake levels.  A big rain would have also put some much needed oxygen into the lakes as well.  As we head into September we will begin to see some cold fronts come through which will bring cooler nights and days.  It has always been my experience that this cooler weather perks the trout up somewhat and brings them out of the lethargy of a hot summer.  Fall is also the time when the brown trout begin to move again and pod up for the spawn.  This I have already begun to see on the river except I can’t quite figure out which direction they are headed but I suspect some have began the journey back down stream while others have continued up stream.

The catching has been good for the month of August and so far into the month of September catching has been sporadic with fish turning on and off a few times each day.  It’s always been my belief that during a full moon trout feed mostly at night so the days have a tendency to slow down.  Sow bugs in brown and grey as well various midge patterns such as black, olive, brown and a dead midge on weak water below a terrestrial (I’ve had much better luck on the upper end with ants) and are still producing numbers of fish but they have been a bit spooky on lower water (no generation) slow moving pools. Bigger water in the 4 plus unit range seems to turn the fish back on again at the dam which I always believe brings a few shad through and had the opportunity to fish some of those this week.  Shoal areas such as The Narrows, Tucker, and Wildcat as well as upper river areas like Due Shoals and the shoals above the State Park camp ground still have fish in them but this past Labor Day weekend did thin out the numbers of fish that were there.  The ones that are left are better fish with lots of color or smaller freshly stocked fish.  Brown trout have been hitting SJ Worms in WAPSI worm brown in the smaller size on low water as well as midges with no beads fished on the bottom using 5 X Maxima Fluorocarbon. Look for more low water days as the month progresses and cools off. 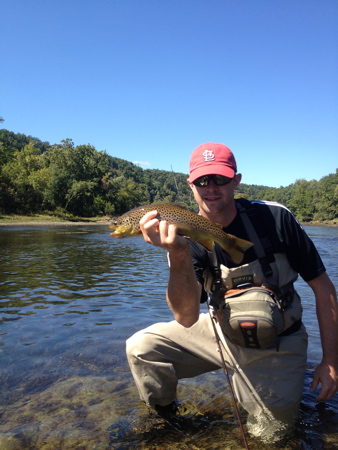 Fishing on low water the past few days has been productive with planaria, sow bugs and san juan worms.  We did hook and land a 19 inch cute throat on weak generation water in the state park.  The fish are hanging out on shallow gravel on inside bends at the moment as well which should allow the wade fisher to get at these fish on this type of water.
John seen in these pictures managed to get two pretty good fish on the first day of fishing.
In Memory Dan L Davis  who passed away two years ago on Sept 9 2012 and was my best buddy for almost 30 years. 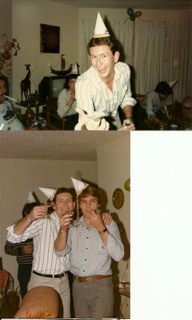 One Reply to “September Week One”