Some no generation water (briefly) yesterday for our two boat party.  We got to spend a couple of hours in my favorite spot and Josh seen above tagged into this brown trout on the third cast.  Joe had bows on his first three cast and Ted followed up pretty quick with a few fish of his own.  Mike was also in a prime spot and had fish on right away as well and also tagged into a pretty good brown trout that shook the hook off.  But that’s the way fishing goes some time.  On this morning we could actually hear the horn so we were alerted early 4 miles down stream.  It’s rare that we hear the horn this far down river.  Most of the past couple of weeks have seen continued weak generation of between 1,000 CFS and 3,000 CFS during the day with bumps of higher CFS in the evenings.  Caddis pupae and emerges have been working pretty well from the State Park hole all the way down to Rim Shoals this past week.  Unreal eggs in the rim shoals area produced some nice fish for us Tuesday in that area and should begin to be even more effective as the month progresses.

Sign up for our new fly shop e-mail list at the right of this page.  Every other month we’ll send out an e-mail with extra special items on it just for you.

Yeah!  The lights are off the dam and traffic is flowing smoothly. 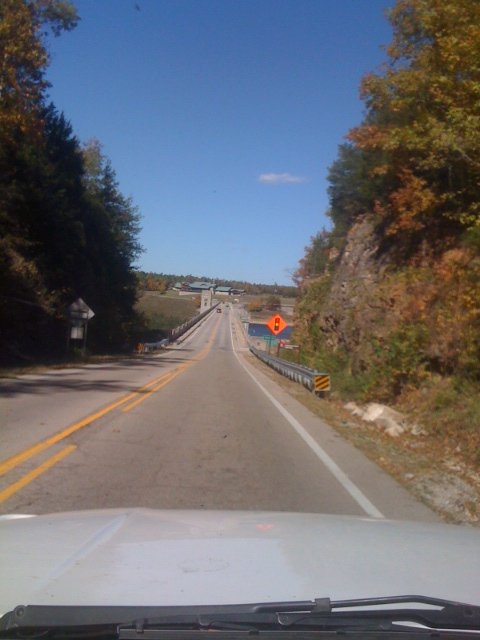 Yesterday morning when we crossed they were finishing up removing equipment from the dam and in the afternoon when we crossed we were pleased to see traffic flowing freely.  It was getting pretty old having the lights there for the past few years.

November has some open dates and the catching only gets better as we approach the start of a new year.  November, December and Especially January can be a spectacular time for some big fish action.