The caddis hatch is well underway and this past weekend from Cotter up through and into White Hole looked liked a snow storm with so many bugs coming off the water.  Gear up and head this way.  Bring your 4 and 5 wt rods as the fish are starting to key in on these little creatures. 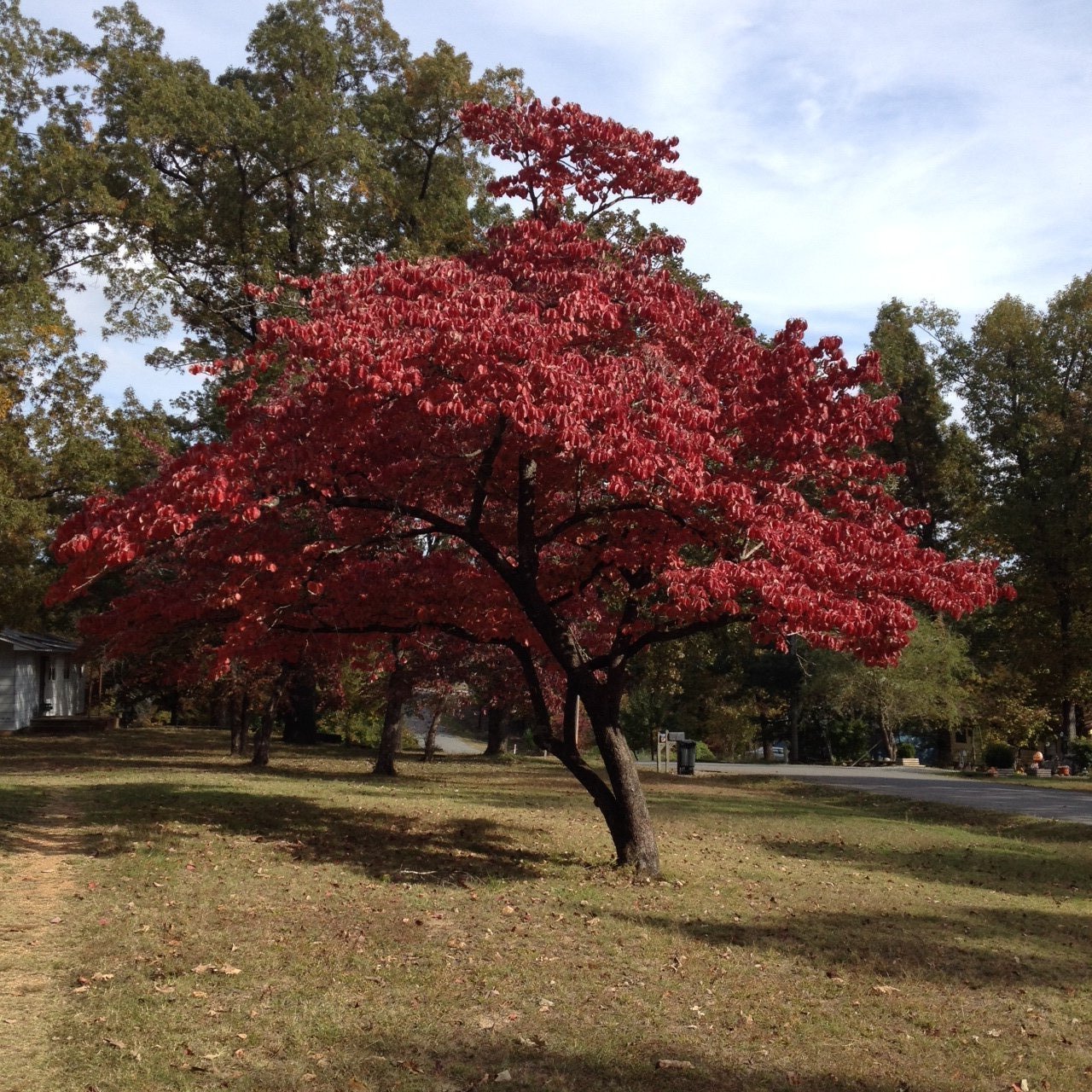 Nick (10) seen above with a super nice Cutty from Dry Run Creek.  Nick and his Grandmother popped into the shop on Wednesday looking for flies.  He pulled out his iPhone and began showing us some fish he caught on “the creek” and this one caught our eye.  The Maddog and I did see Nick fishing with fellow guide Frank from Gastons.  Nick is an avid fisherman for sure and very focused.  During the Sow Bug he dropped by our booth and “the maddog” gave him a tying lesson. 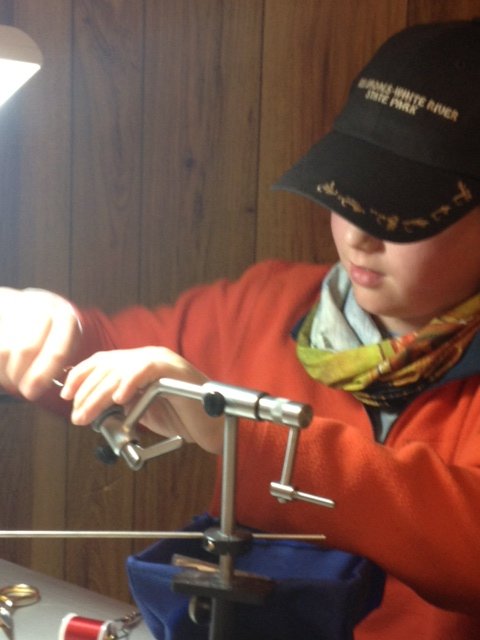 ANd he is quite the tier.  Another addict is created.

Turn out for the sow bug has been quite good this year and the weather and the water both cooperated with no generation on the white and temps on Friday in the mid 70’s and on Saturday temps were in the low 80’s with little or now wind. 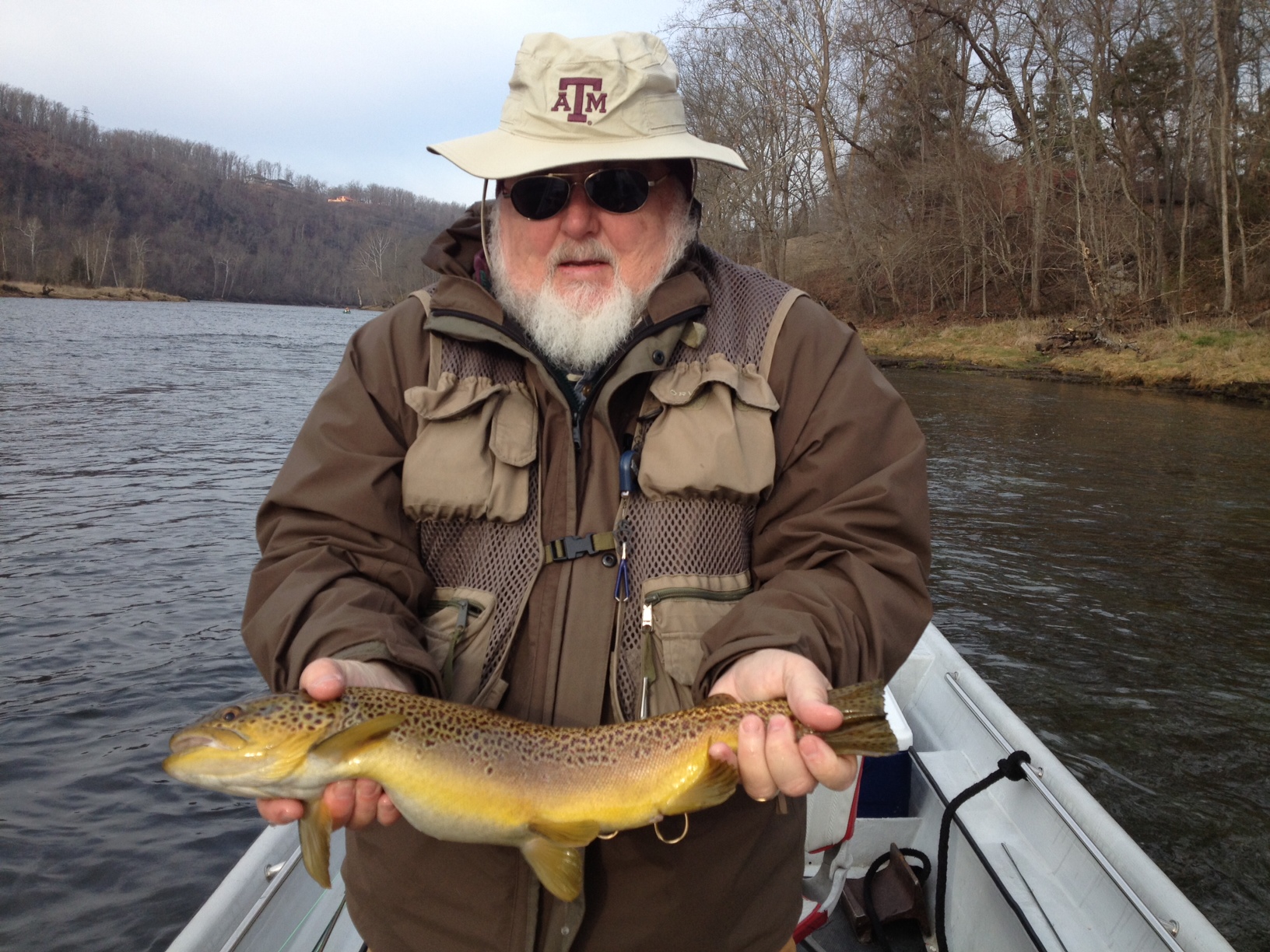 Rick B from Denton Tx has been fishing with me for 15 years and hooked and landed two good fish Tuesday Morning.  One at 21″ and another at 20″

Henry Seay sent me this info about the Norfork Dam

It took an act of Congress, but a system is now in place to improve water quality for trout in the North Fork of the White River below Norfork Dam.

The Arkansas Game and Fish Commission began working to correct the deficiency at the federal level nearly two decades ago. Successive commissions maintained the pressure until a bipartisan coalition in Congress finally crafted legislation to modify Norfork Dam and Bull Shoals Dam, where the same problem exists.

The Norfork project is impressive. It features a large siphon that required drilling a 45-foot long hole through the dam. The siphon pipe is 42 inches in diameter.

On the upstream side, the siphon runs down the dam face into the lake, with intake ports at three 50-foot depths. Each port has dissolved oxygen and temperature sensors. They tell the dam operator which intake will provide the best quality effluent at any given time for the tailwater.

The pipe passes through the dam and descends all the way down the dam at about a 75-degree angle. It runs along the top of the concrete partition that separates the hydropower tailrace from the spillway. About halfway down the partition, the pipe takes a sharp angle to the left and hovers over a “stilling basin” in the tailrace. A giant nozzle at the end of the pipe converts the effluent into spray. This allows the water to mix with the air. When it enters the river, it is rich with dissolved oxygen.

GarverUSA, an engineering firm, designed and built the siphon. In October, Garver won the American Society of Civil Engineers/Arkansas Outstanding Engineering Design of the Year Award for the project. We suspect it also took some engineering to get all that on a plaque.

The siphon delivers a water flow of 185 feet per second, or more than 83,000 gallons per minute. In addition to higher levels of dissolved oxygen, this also keeps water temperatures in the 50-degree range that trout require. During long periods of low flow, water temperatures often became too hot for trout. This often killed trout.

Also, increased flow will raise the water level in the tailwater, inundating shoreline areas that were formerly dry. This will make more food available for trout and give them new places to hunt and hide.

For fishermen, higher, faster flow will change the river’s profile. It will make wade fishing more difficult in some places, and some holes will be too deep to wade fish.

That’s a fair trade for a healthier, more productive fishery that has produced two all-tackle world-record brown trout and a slew of line-class records.

Schmuecker is the founder of WAPSI Fly in Mountain Home, the world’s largest supplier of fly-tying materials. Fly fishermen use WAPSI materials to pursue every species recognized by the International Game Fish Association in all of the world’s premier fly fishing waters.

Wilson was the longtime director of the Arkansas Game and Fish Commission. He was a major advocate for the state’s trout fishery during his time as director, as well as in retirement.

Hurst is renowned in Arkansas and beyond as one of the best trout guides on the White River.

The banquet will be at The Scheid, on the ASU-Mountain Home campus. Tickets are $50. A live auction will begin at 6 p.m., followed by dinner and the induction ceremony at 7 p.m.

More information is available by calling (870) 508-6105 and online atwww.troutnaturecenter.com/banquet.

May and June are shaping up to be low water months to go in search of “BIG FISH”  so if you like chasing better and bigger fish while wade fishing give me a shout and book your fishing trip TODAY.  870-404-8906

One Reply to “Sow Bug and Fishing Report”