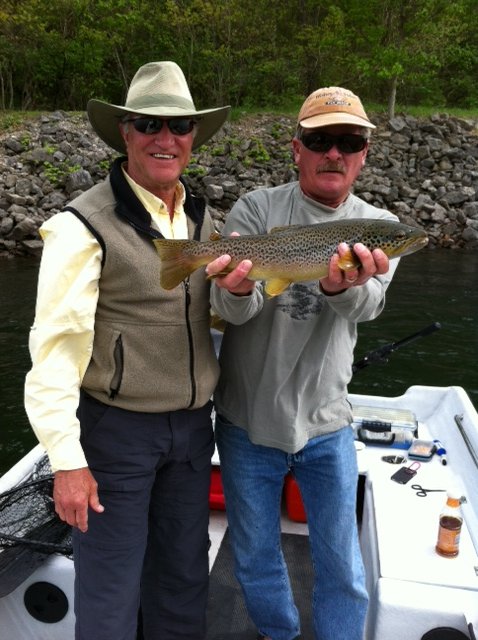 Perhaps the winter we have been having this season across the country will finally come to an end.  It has brought us much needed rain and in some areas just a bit too much.  For our area it is just about right and has brought our lakes up with Bull Shoals sitting at 659.40 above MSL or 5 1/2 feet above the 654.00 normal pool elevation and Norfork above at 3 feet MSL 556.96 above the 553.75 Table rock is about a foot above and as usual has dumped it’s water into the Bull Shoals Lake.  Catching has been good but as normal seems to slow down during a full moon which we had this past weekend.  White shad flies, sow bugs, red midges, black midges, olive scud as well as caddis emergers have been productive. 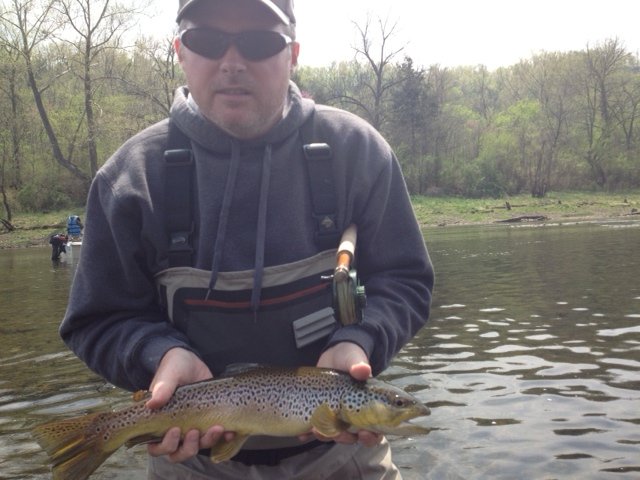 Previous to our deluge of rain we did have some good wadeable water and Andy from Springdale hooked and landed several brown trout on low water using planaria, black midges and SJ Worms. 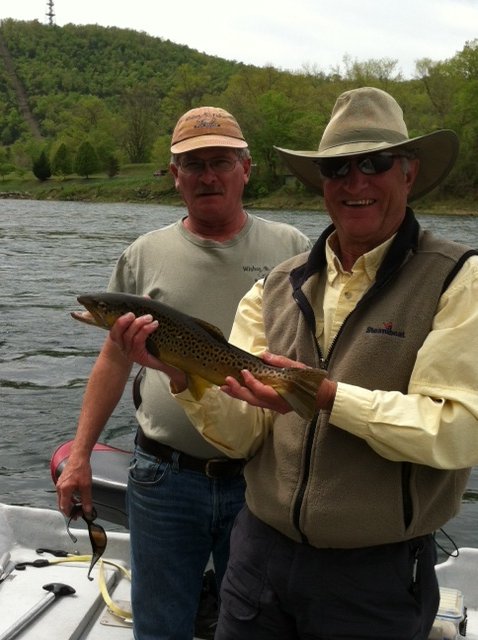 The generation on the White River has been mostly weak with a couple of units following some 4 and 5 unit generation early in the morning.  May hopefully will bring some warmer temps and an extended caddis hatch followed by a good year for sulphers as last year was not so good.

A lot of anglers think of the Norfork and Bull Shoals Tailwaters as the worlds finest trout tailwater’s.

To the uninitiated, fly fishing these Ozark tailwaters is a mystifying experience, but to your professional fly guide, these rivers are a roadmap with German Browns and Rainbow trout at the end of the trail.  So if your new to these waters I would strongly suggest shorting that learning curve with a fly fishing guide, it will save you a lot of frustration and money in the long run.

These waters (as most tailwaters) are a midgers delight.  Midges is the main game as far as I can tell.  For the past few weeks we have been hearing about the caddis hatch which is now coming to an end and through it all I never tied on a caddis and I never had a bad day on either river.  Zebra, Pheasant Tail and Rainbow Warrior midges got me through in grand style.

Both the White and Norfork rivers have been fishing as good as I have ever seen it.  Fishing the ripples, the limestone ledges, the seams between the fast and slow water are all producing fish at a constant rate and we are talking some big fish.

Make sure your fly box has an abundant supply of Ted Welling’s zebra midge in black/silver, black/copper, camel/copper, in sizes #18 – #24.  Add to that brassies’, Rainbow Warriors and PT (pheasant tail) all in the same sizes then if you don’t know how to fish them —–LEARN—-or your not going to be as productive as you would like to be.  You don’t want to show up here without Sowbugs, Softhackles, San Juan worms and Woolly Buggers.

As far as a rod goes, length doesn’t make a lot of difference, what does make a difference is a soft tip to protect 6X – 8X  tippet.  Being able to cast a great distance is not necessary, neither of our rivers are considered large streams, a 15 foot to 30 foot cast is the norm.
Shop News:

Veevus thread is in stock in lots of colors and is becoming quite popular with tyers throughout the world.  Spirit River UV2 products are hanging on the peg boards so drop by and check them out.  Our bead selection is getting low and we are in fact out of some sizes altogether but should be hitting the shop in a few days.