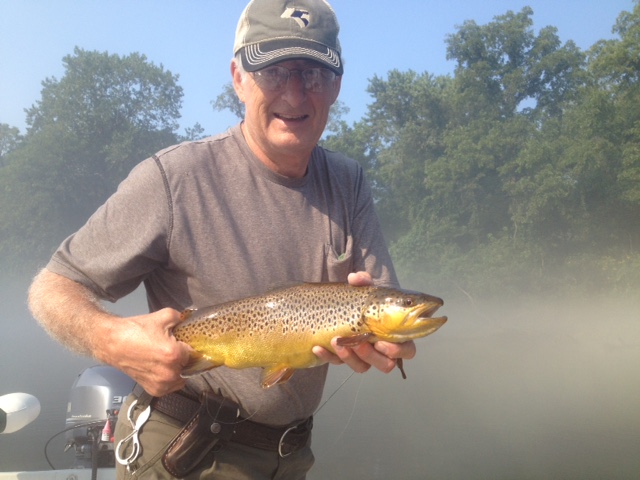 Summer heat and high lake levels have the White River still generating around the clock and during the day from 16,000 to 21,000 CFS (cubic feet per second). Flows in the mornings and overnight are in the 16,000 and 17,000 cfs range and start ramping up with power demands after noon time. This pretty much sums up the flows on the White River for the past month. Generally in august the brown trout start to move and feed in preparation for the spawn which generally begins down stream at and below the Rim Shoals area of the river.
The last two weeks of August and the first two weeks of September are generally the peak times for hoppers and terrestrials. Early mornings seem to be much better on these flows and as the day heats up we are switching to sub-surface bugs such as the standby San Juan worms (or variations), eggs, midges and PT’s. I wish I could say sow bugs and scud were working as well as they usually do on big flows like we are getting now but they are not as consistent as they have been in the past. Targeting structure such as drop offs, creek cuts, grassy areas with holes and humps are holding fish as are inside bends on gravel. I have also found that the majority of the fish are not necessarily holding tight to the bank either but can be out from the bank quite a distance which will require a bit more shot. Another technique that is working after the water comes up a bit more is to look for slower water areas or shallow eddy water with grass that is not too deep. Using 5 or 6X tippet with a long leader to keep the fly line away from the fish drop a #16 red midge with a #20 black midge as the dropper about 3 feet under a white palsa indicator. The red midge is mostly for weight and as an attractor but the fish are taking small midges. This is a way to stack up some numbers on fish that are congregating out of the main current. You are sight fishing to these fish and you will also see a few brown trout that are hanging out with these smaller rainbows. The trick is to not spook them.

The Norfork is very fishable in the mornings when there is no generation and midges in brown and red colors of the glitter thread variety have been producing well in sizes #16’s and 18’s. Brown trout as well as the cutthroats are taking these flies and running with them. Using a palsa indicator with the red midge up highh It also appears to me that fish near the launch ramp at the dam are lacking so if you are able to move further down stream below colonels corner there are fish there for sure. I have not fished above the ramp closer to the dam so I can not speak to that area.

Good fishing and drop by the shop as we are bulging at the seems with cortland merchandise. Don’t like to tie those really small dry flies? We’ve got thousands of them for only a $1.00 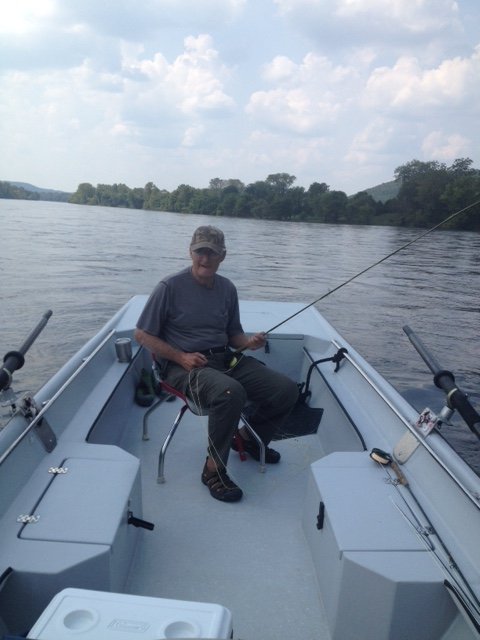