This website was down for a few months but we are up and running again and White River Fishing information will be coming at you again.

River Info: Believe it or not flows are low and there are a few wading spots on the river but bring your kayak, float tube, raft or boat as many of those spots are only accessible by a water craft. The lake is very high at this time 693.78 (top is 695) in 2012 the lake topped out at 696.5 with flows of 40 to 50K cfs currently as of this morning 2255 CFS

Looks like we beat last years record for rain which was the second rainiest year on record. Which means this years record beat last years record so 2020 is not the 2nd rainiest year on record. With that being said our two lakes are at the top of the flood pool with flood gates currently open on the White at Bull Shoals. The C.F.S. has roughly been about 9 units of water. Two of the generators are also down which means some pretty warm water is mixed in with the colder water. That of course makes catching on the spillway side of the dam a little tougher. The water seems to start mixing up in the state park. After that catching on the right side of the river (looking down) gets much easier.
I’ve been fishing with two 3/0 split shot using Cortlands Top Secret 4X tippet with an eggs and various colors of SJ Worms on roughly 10-11 foot leaders from indicator to first fly. The extra unit of water is covering some areas of the river that normally do not see any water but it does force up cane worms from the ground which of course trout love to eat. I’m looking for shallow areas of the river which includes some areas in the middle of the river. Island or even submerged islands are a great spot to look for. The catching can get tough if the water bumbs up a bit which causes the river to get mossy so I make a run down stream to get in front of it Then make a run back upstream one the water stabilizes. We are catching some pretty good fish both bows and brown trout but not like in years past when the flood gate water was at 10 or 12 units of water and covered even more ground. Unfortunately that kind of water starts to get really close to homes and buildings. The C.O.E. has done a great job this go around of containing property damage.
Be careful on the river in these flows as your drifts are moving pretty fast so be aware of what is below you. There are also lots of trees that have fallen into the river as well. Trees can get one into trouble in a hurry.

It showed up on time.  Yep! Caddis.  What a phenomenal hatch this has been.  This hatch has been producing lots of brown trout along with some big numbers of rainbow trout.  This hatch has offered the opportunity for both dry fly fishing as well as nymph fishing.  But I must say the nymph fishing is a ton better than the dry fly catching.  I’ve watched this hatch grow over the past 23 years of working this river.  When I started guiding in 1995 there was not much of a caddis from the dam down to White Hole.  Especially so with the sulphur hatch but 24 years later both of these hatches occur all along the river. 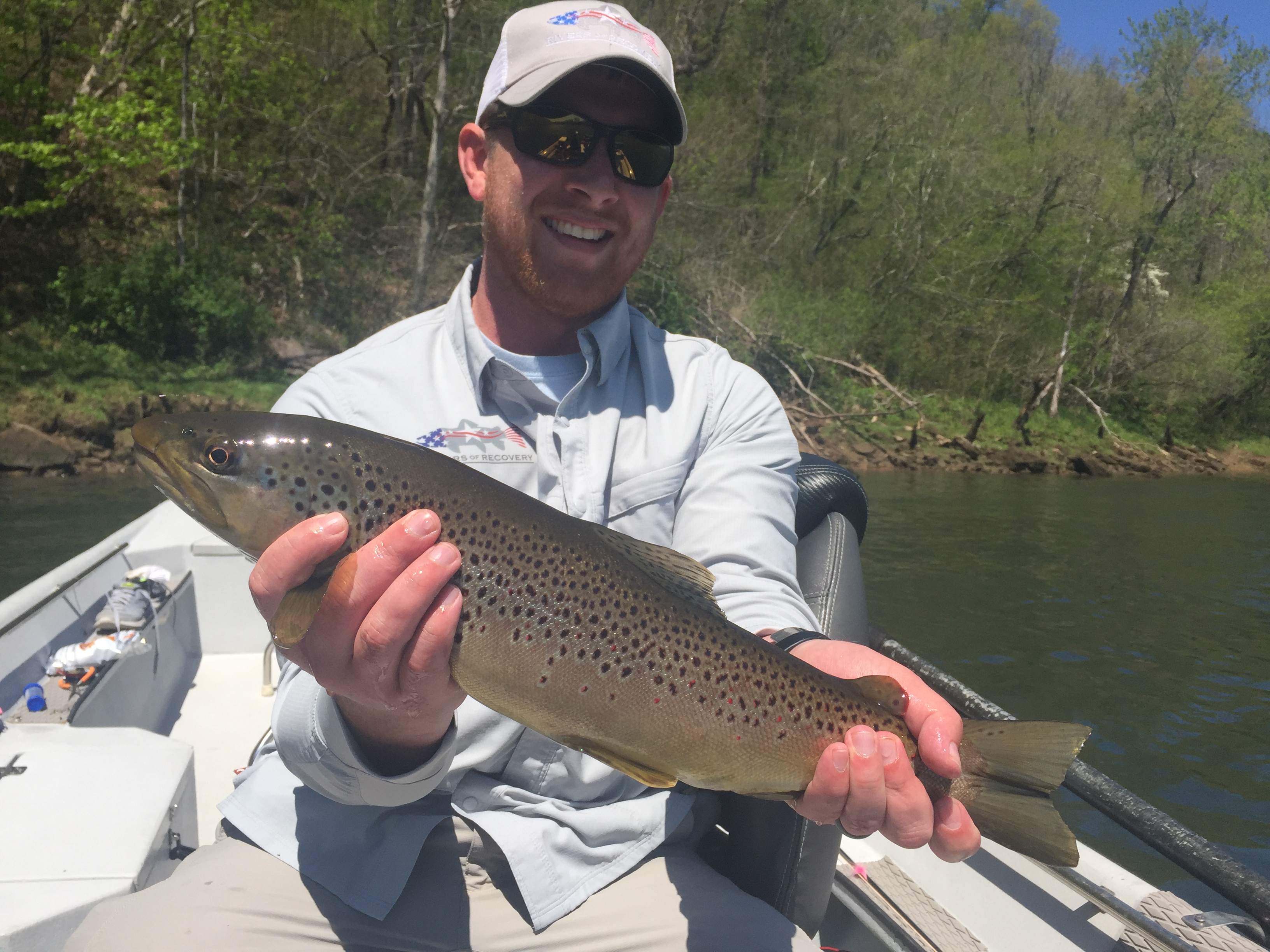 Usually starting downstream these hatches work their way upstream and our trout really key in on them.  The caddis hatch in particular can get so heavy that the fisherman must must find another area where the hatch is not so heavy so that he can continue to catch fish.  The best part of this hatch is that lots of different types of caddis flies will work under the surface.  Fishing two tungsten bead flies on no or weak generation is very productive.  The top fly with a 3/32 tungsten bead size 14 with another below it size 16 with a 5/64 bead is the way most fish this hatch from a boat.  Swinging various flies while wading can also be very productive.  I have had several report of wade fisherman doing very well with soft hackles weighted and unweighted.  Generally a type of green body made with either wire or wire and dubbing.  Some with a tungsten bead and some without a tungsten bead depending on the depth one is fishing. 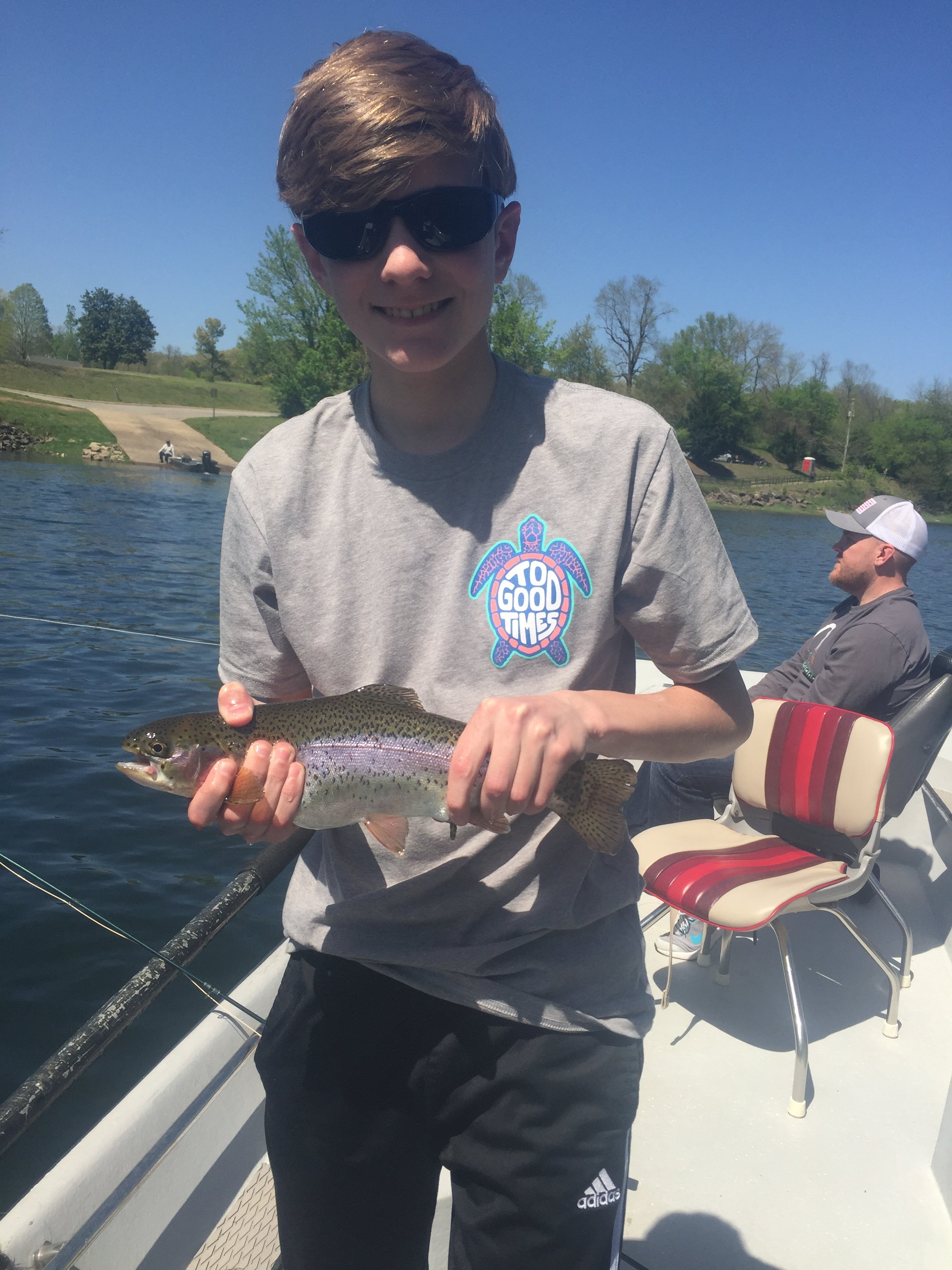 As of this writing the caddis hatch is still going on but will soon begin to wane and give way to the sulphur hatch.  PT’s and drys can be pretty good during this hatch so be ready for it when it starts.  Usually towards the end of may and into June we should start seeing this bug.  Hopefully the water will cooperate for this hatch as it generally has done during the caddis hatch.