This weekend gave us some wadeable water as well as some water to fish from the boat.  Two couples from Tulsa fished with fellow guide Ron Y. and myself on Saturday and sunday.  We began at the dam on Saturday which was a bit like the previous Saturday in that we once again dodged some storms.    The catching both days was outstanding with countless fish landed.  We also got some good fish in the way of an 18 inch cutt as well as an 18 inch Bow seen below.

The White River is on fire at the moment with Caddis laying eggs and coming off the water on other parts of the river.  Yesterday I fished some low water and stayed in front of it so we could wade fish for the entire day.  Hank and Shirley from Texas are RV’ers who visit Arkansas every may and stay for the month.  Yesterday was our first day to fish so we fished further down stream and pretty much had the river to ourselves.  The morning started off a bit slow but then soon turned into a catch ‘fest.  Hank tore up the fish with strikes on almost every cast and Shirley getting strikes on every other cast.  After lunch of fried chicken and macaroni salad we moved down stream and got into a massive caddis hatch.  My fear was there were so many caddis coming off the water that we would not hook up.  I was wrong.  Shirley went to town hooking up or getting strikes with just about every cast. 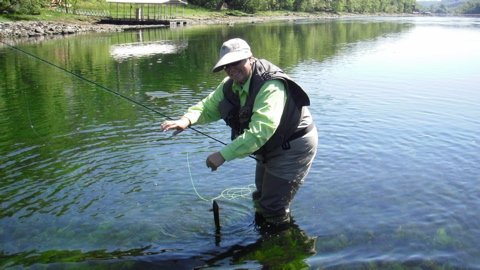 A good day for both Hank and Shirley with cooperative weather and cooperative water. We’ll be fishing again next week so see ya’ll then guys.

GENERATION:  For today is schedule to be off from midnight last night till midnight tonight. 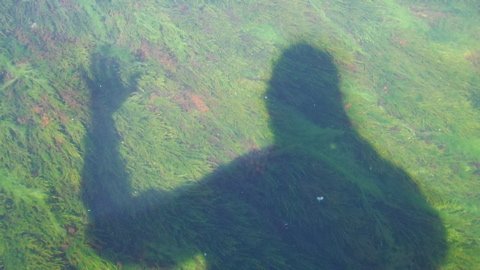