The spawn began late this year and in some areas really didn’t happen much and in some areas was bigger than I have ever seen it in my 18 years on this river.  Several reasons have been discussed amongst guides as to why the spawn has happened more on the upper end of the river above cotter and in particular above the Narrows.  Foremost for this past year is water temps.  We had another hot summer with brown trout moving upstream for cooler temps and the fish stayed on the upper end and spawned.  When the temps did finally cool down enough the fish were already on the upper end with huge pods of 25 or more fish and they just plain decided to stay put.  Some also speculate that so much gravel was pushed around durning the last flood gate event that brown trout simply spawned in new areas where the had not been any or very much gravel.  I’d say both are true.  I’d also add that regulation changes in the past concerning size limits and the fact that more fisherman are practicing catch and release has added greatly to the brown trout population.  This is very true indeed.

We’ve had some nice days so far in February along with some wadeable water conditions. We’ve caught some nice brown trout while wading and while fishing out of the boat. 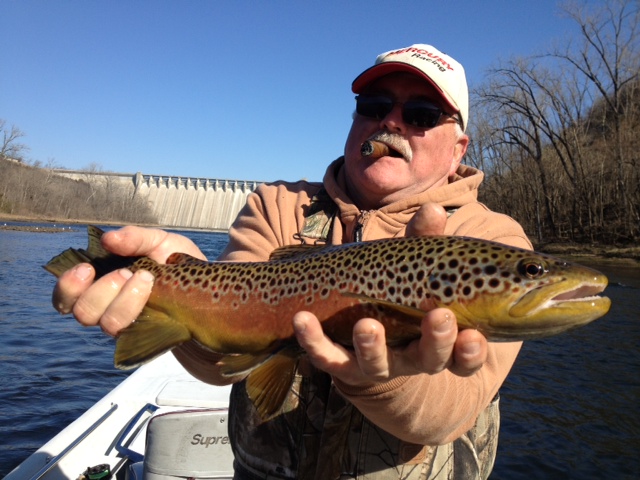 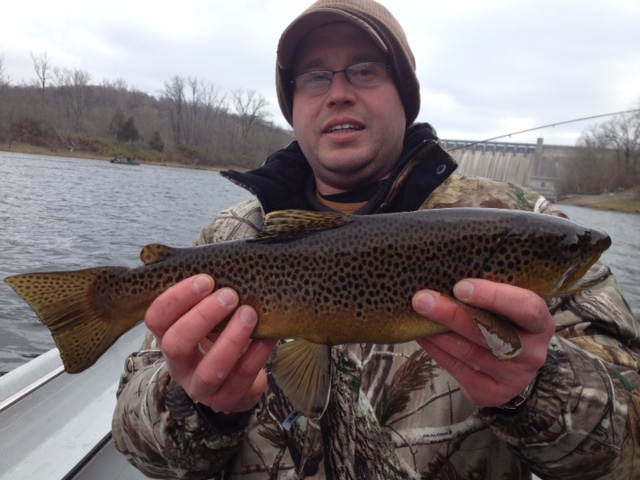 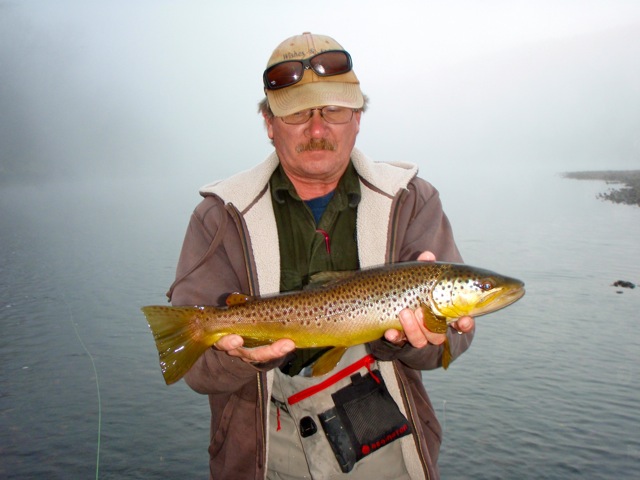 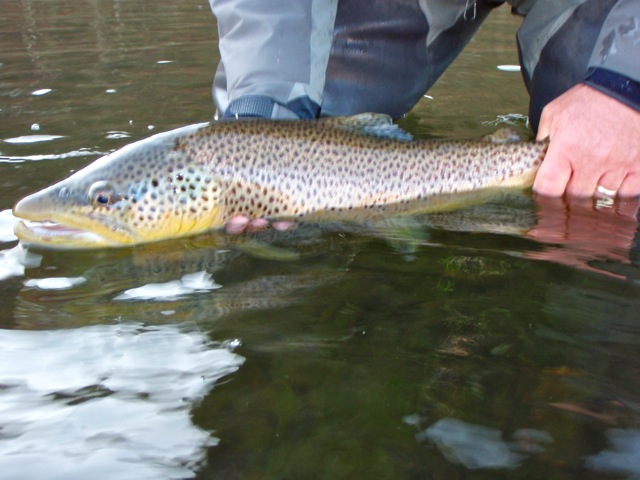 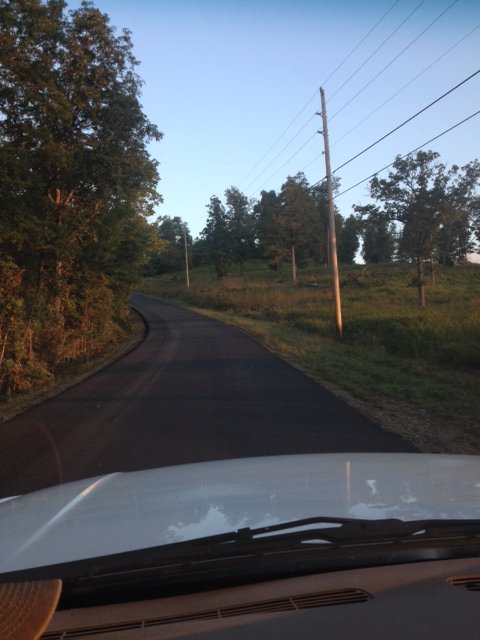 Early February also saw a pretty good caddis hatch with fish starting to key in on both the nymphs and the drys and then it pretty much ended.  Generally March and especially April are the big months for this spring hatch.  I’m anticipating a big hatch this year.  Mostly we have been fishing various types of egg patterns such as the unreal egg and small yarn eggs in tandem as well as midges, sow bugs, planarian and even small drys.  Pheasant tails should also kick in in the next couple of month as well and last year was stellar for nymphing PT’s up stream with days that were producing up to 30 brown trout in a single morning.  This went on through most of the summer into august and starting in may and sooner further down stream.

This coming Thursday I will be giving a presentation in Tulsa to the Oklahoma Fly Fishers.  If you live in Tulsa or will be in town drop by.  I promise you will learn something about the White River that you can put to good use.

“The holy grail of fly fishing on any water is being able to stalk, hunt, hook and land a big fish.  It’s the dream of many a fisher and guides alike.  On the White River, fishing for big brown trout is not an easy task and for most is just the pure luck of being in the right place at the right time.  As a guide and a thinking fisherman I don’t like those odds at all.  It’s not a productive way to do my job of putting someone in the position of hooking and landing a big fish.  Nope!  I like to know they are there or see them.  It’s this information or knowledge that increases the odds of hooking and landing one of these big boys.”

We have began adding a larger selection of Gamakatsu hooks and will continue to do so as the year progresses.  The red C12-B has been a big seller as has the stinger B10-S hook.  The next shipment of hooks will have a better streamer selection for those who tie the articulated versions.  We have also begun to bring on more tying materials for streamers as well and over the next few weeks we will be putting those up on our web shop at http://theflyfishing-store.com