Hanging around fly shops I hear a lot of guides talking about how they enjoy the higher water and the larger trout we are now getting. How much fun it is to bang the bank with streamers and catch those hogs.

That got me thinking about wading opportunities in high water, we start off on the bank and cuss our bad luck because we can’t get to our best hole out in the middle of the stream, while the boaters leave the middle and are heading for the shore to fish.

Three week ago my son comes over from Oklahoma for 3 days of fishing. All our rivers were running slightly higher than minimum flow. Day 1 we went to Missouri and fished the North Fork of the White which was higher than I normally fish it but were here so fish it we will. We fished the blue ribbon area which is wild trout they say, we were not able to get to some of my favorite spots so we made do fishing closer to the bank and ended the day catching above average number of trout with 3 of them exceeding 18″.

Day 2 found us on the Norfork Tailwaters , again water running at higher than minimum flow. Suggested we cast to inside bends, undercut banks and behind points. Long story short we had a heck of a day.

Day 3 found us on the Bull Shoals Tailwaters, again higher water than minimum flow. Another wonderful day fishing banging the bank with streamers, sowbugs and stoneflies in fast ripples and midges in the soft water in and around undercut banks.

I’m certain with a little exploring of your favorite section of the rivers you will also find hidden areas you have not fished. Areas such as soft water on the inside of a bend, behind, under and around fallen trees, softer water of a undercut bank, behind shore points that jut out, behind boulders and eddies.

I forgot to mention that in our 3 days of fishing we never ran into another wader. 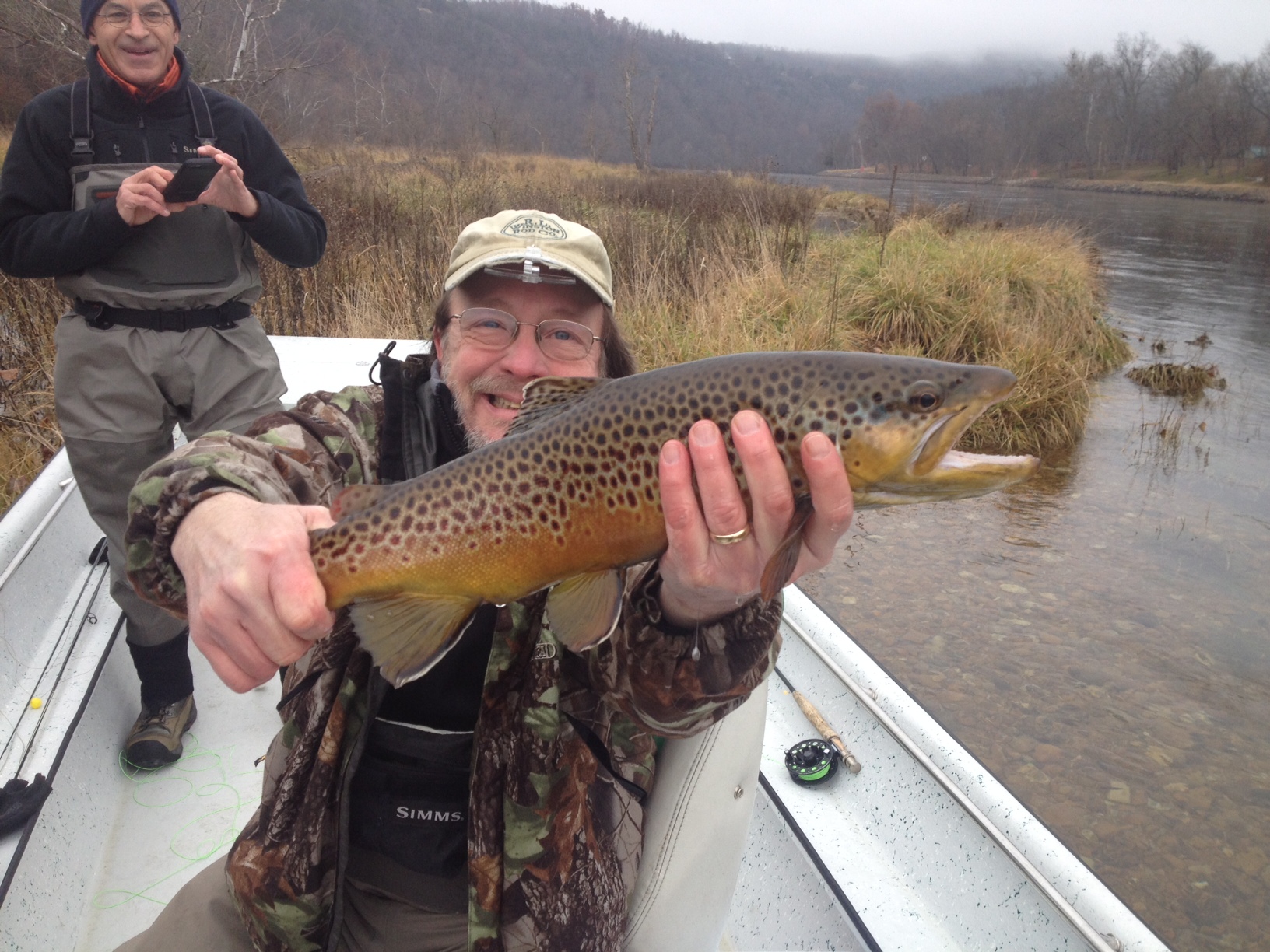 When the Norfork river was generating about a unit of water this past month the fish it produced were sure bigger and better than the White was producing. As I said in last months report the White River had a lot of fish taken out of it. Some good rainbows in the 14 to 18 inch range were harvested from this river in quantities like I have not seen since the late 90’s. Not only has the river been a bit short of fish but large stretches of the river were pretty empty of fish. Fortunately our brown trout are a lot harder to catch and there remains plenty of those fish in the river. They have been hard to locate the past couple of weeks (unless you were fishing behind the first island of Rim Shoals) and even harder to catch. The good news is the river is now pretty void of people and the stocking program is moving along so these fish will have a bit of a break this winter and boy do they need it. If we get a winter like the last winter then that break will be a pretty good one.
Eggs of course in the winter are always a good choice for december and all the way through February and even March. With bigger water go to a bigger egg. Midges of course can also be good on weaker water and in slower pools. A small cranefly (dry) hatch was happening on the Fork and were also working some on the White. This was a small dry fly in size 12 and 14 and the fish on the Norfork were taking these flies on minimum flow much better than on the one unit flows. This was also the case on the White on minimum flows as well but the catch rate was much lower.
It has been awhile since we have seen a really good shad kill on the White. This guide is hoping for a winter that will cause this to happen for two reasons. The first is that the fish could really use this great food source as it does cause a growth spurt and fattens them up. Secondly it’s a heck of a lot of fun to fish. If you have never fished one before the shad kill can be fished using several different techniques. The most fun of course is on the surface. The streamer slingers catch rate really jumps up during a shad kill and of course various types of shad patterns under an indicator will also provide much fun for the fly fisher. During a really good kill even a novice fly fisher can catch fish on the surface without casting very far. I’ve had fish take a floating fly 3 feet from the boat. Now that’s a blast.