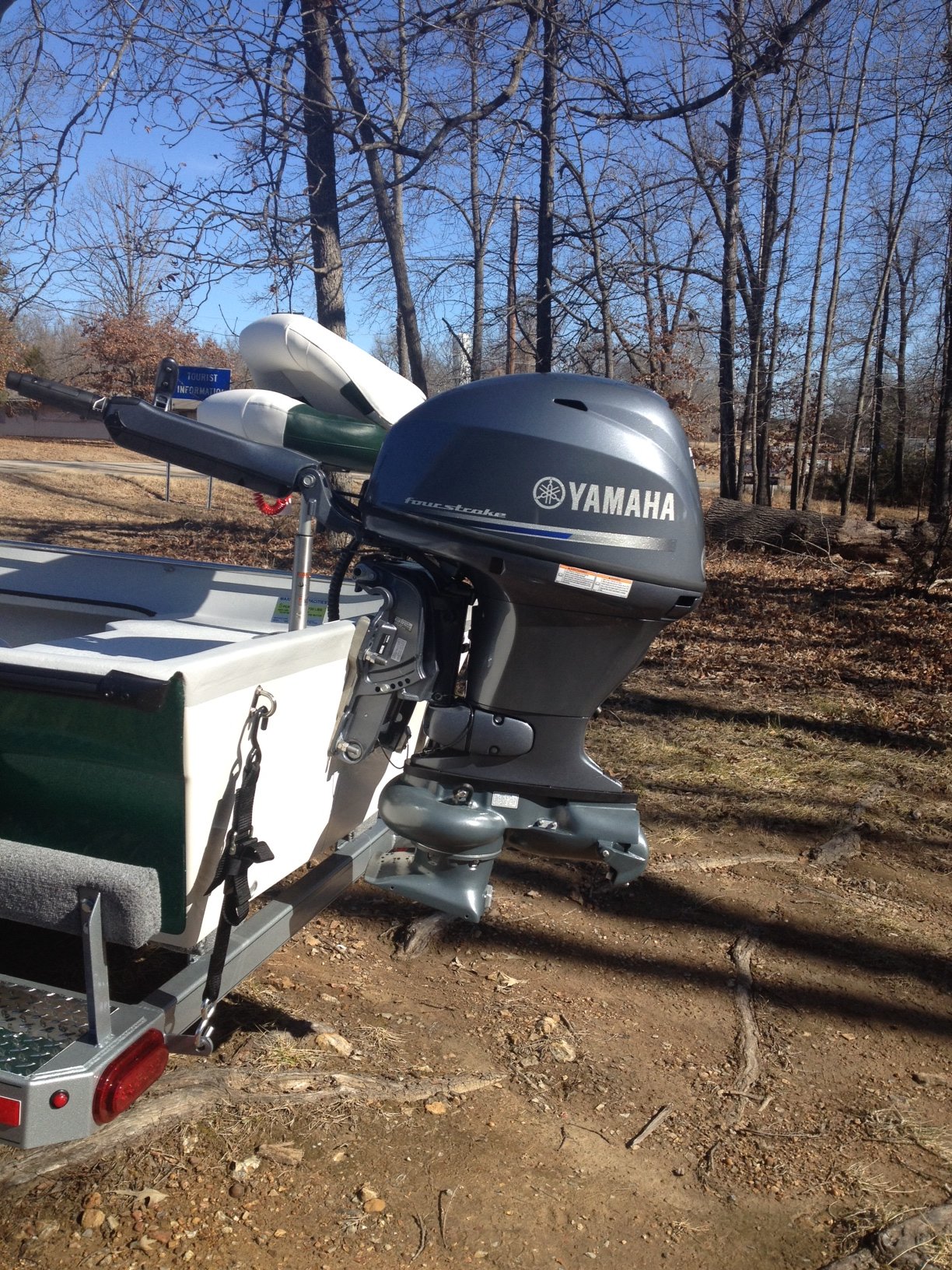 So the minimum flow has forced a change upon this veteran guide of almost 20 years.  I’ve moved to a noisy jet motor on my new Xtream boat.  Yep!  and to boot I’m putting oars on it too!  So now when we have minimum flow I will be able to drift the shallow waters of the White River without banging up a prop.  It will also be quieter with the rowing thing going on but will allow me to fish any part of the river as well as navigate the shallow areas at a faster rate.  No more creeping up the shoals or riffles at a snails pace.

Looking forward into February (which is next Sunday) I see a normal sort of month unlike last year in which it was all about weather.  I could of course be wrong but so far this winter has been mild.  I’d like to be able to say the conditions for a shad kill are ripe but I really don’t see that happening much this year.  The intake at the dam is about 60 feet down and the shad are hanging out below that level at this time.  Our lake level is at the old pool elevation of 654 MSL (above mean sea level).  We could of course get a lot of rain in February which could bring this level up.  I like to see lots of generation early inn the year which could bring some shad through the dam.  Last year our hatches like that of  much of the rest of the country were late.  Perhaps this year they will be back to normal with caddis in March and April & May and sulphurs in late May and June.  As the sun rises in the sky and it warms up I will of course be trying out some terrestrials in the form of ants and hoppers.

Merchandise is rolling in the door of the shop in the way of flies, beads and other tying materials.  Our streamer tying section will be growing in the shop and on the web store at  http://www.theflyfishing-store.com.  MOre tungsten beads are on the way as well.  Some new and neat accessories will also be arriving.

Spring is a great time to fish the White River in Arkansas and caddis time is big fish time in March-April and Early May.  February is the month the catch and release area opens Feb 1st 2015 and there will be some hogs caught during that time.