For terrestrial lovers this season has not been as easy as past years but this year has been better than last year as the water flows have cooperated with the one to two units that are preferred for the hopper action. Black and purple are the fashion colors for this year but that is not to say that other colors would not work either. Although the pink hoppers have not worked quite as well this year as in the previous three or four years. Personally I like to throw two hoppers on the surface rather than a hopper with a midge dropper as it seems to draw more attention. However when guiding I generally drop a midge under a hopper on weaker flows. The ruby midge with a copper bead tied on the jig style hook in a #16 is my preference. This past week we did have some brown trout come up for hoppers and did manage to stick two pretty good ones at 20 and 23 inches. It does pay to use 2x or 3X leader when setting the hook and playing these good fish.
Another event also happened in the latter part of September. On a Friday afternoon shad started coming through the dam. At first trickling through and floating on the surface. The action was pretty good on top until there were so many our floating shad were grossly outnumbered by the thousands of shad that began coming through. This was one of the biggest shad kills that I have seen in a decade. Of course for the next week or so the fish were keying in on shad patterns. Especially when the flows were bigger in the 4 to 6 unit range.
See you at the Fly Fishing Fair on Oct 7th & 8th.

The picture below is of a young 8 year old Sebastion with his new Silverstream rod and FairPlay disc drag reel fighting a cutthroat trout.

See our web store HERE for the best price and service on Tungsten beads and fly tying materials or call the shop Monday through Saturday 8:00 Am till 4:00 PM for same day shipping.  Use THANKS17MAY31 in the check out box for and extra 10% off your order.  Good only on internet orders. 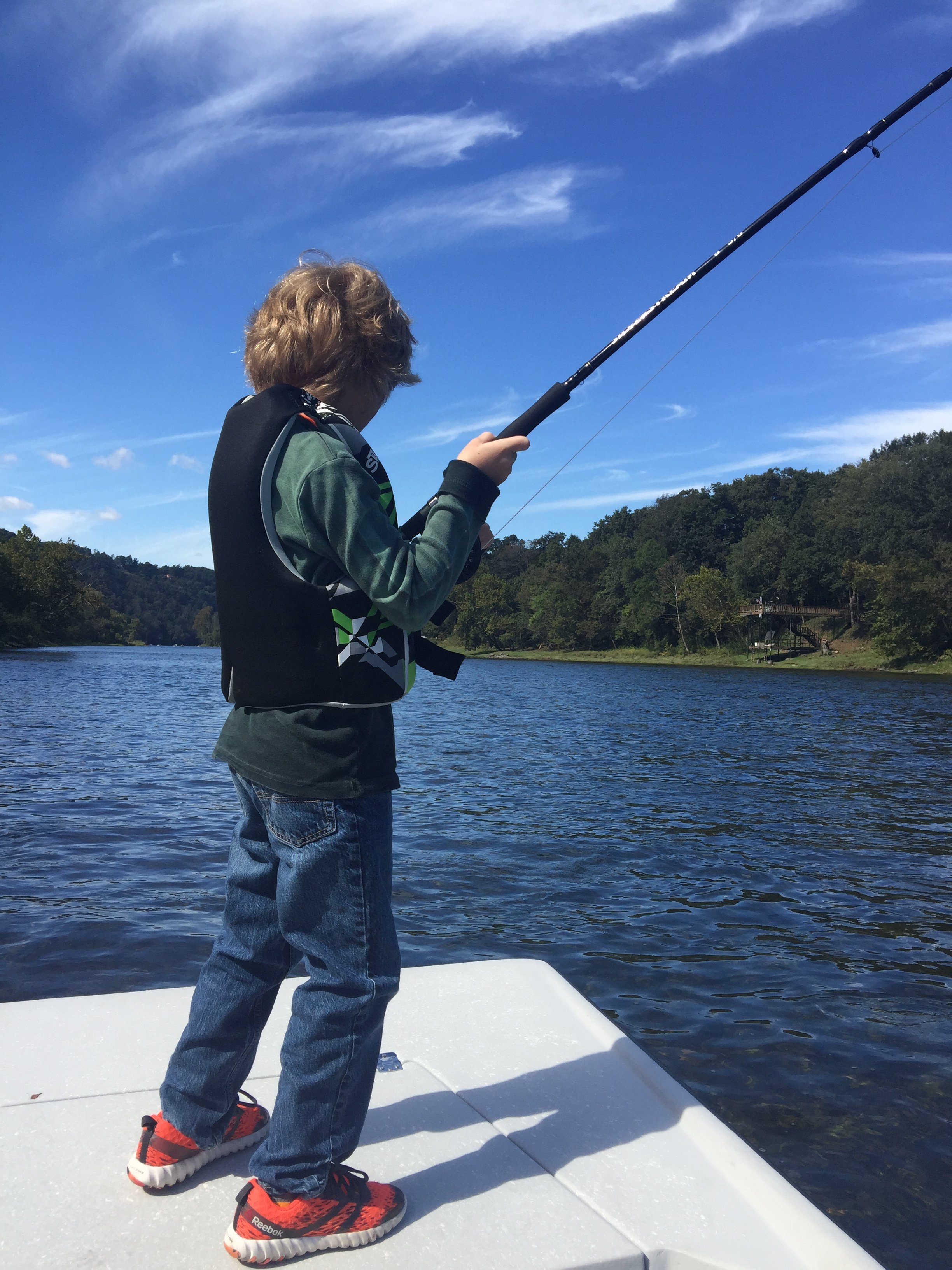 Below is a young man from Pa with one of the brown trout he hooked on a Fat Albert. 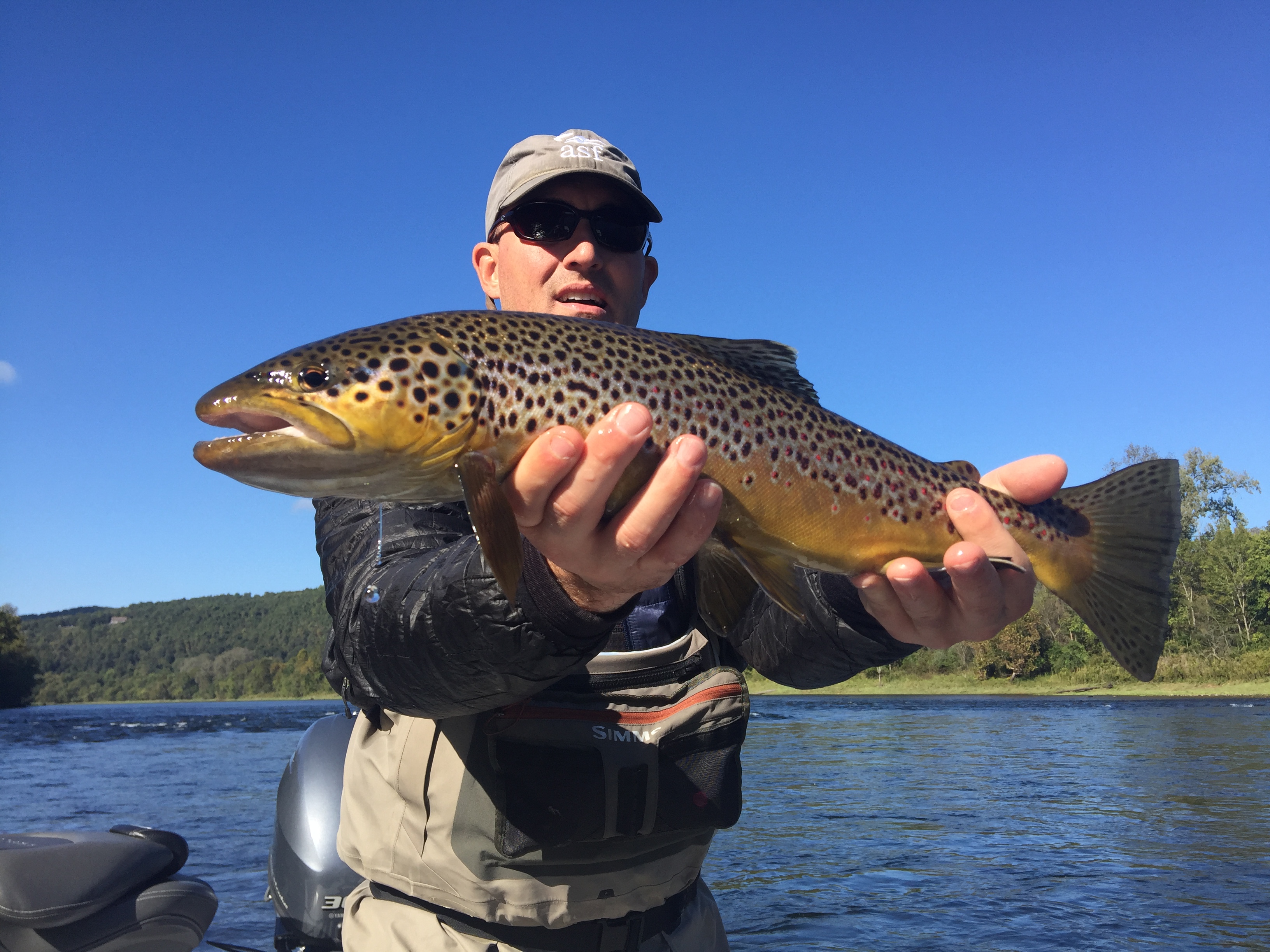 Shad trickling through.  20 minutes later shad were bank to bank and covered the surface. 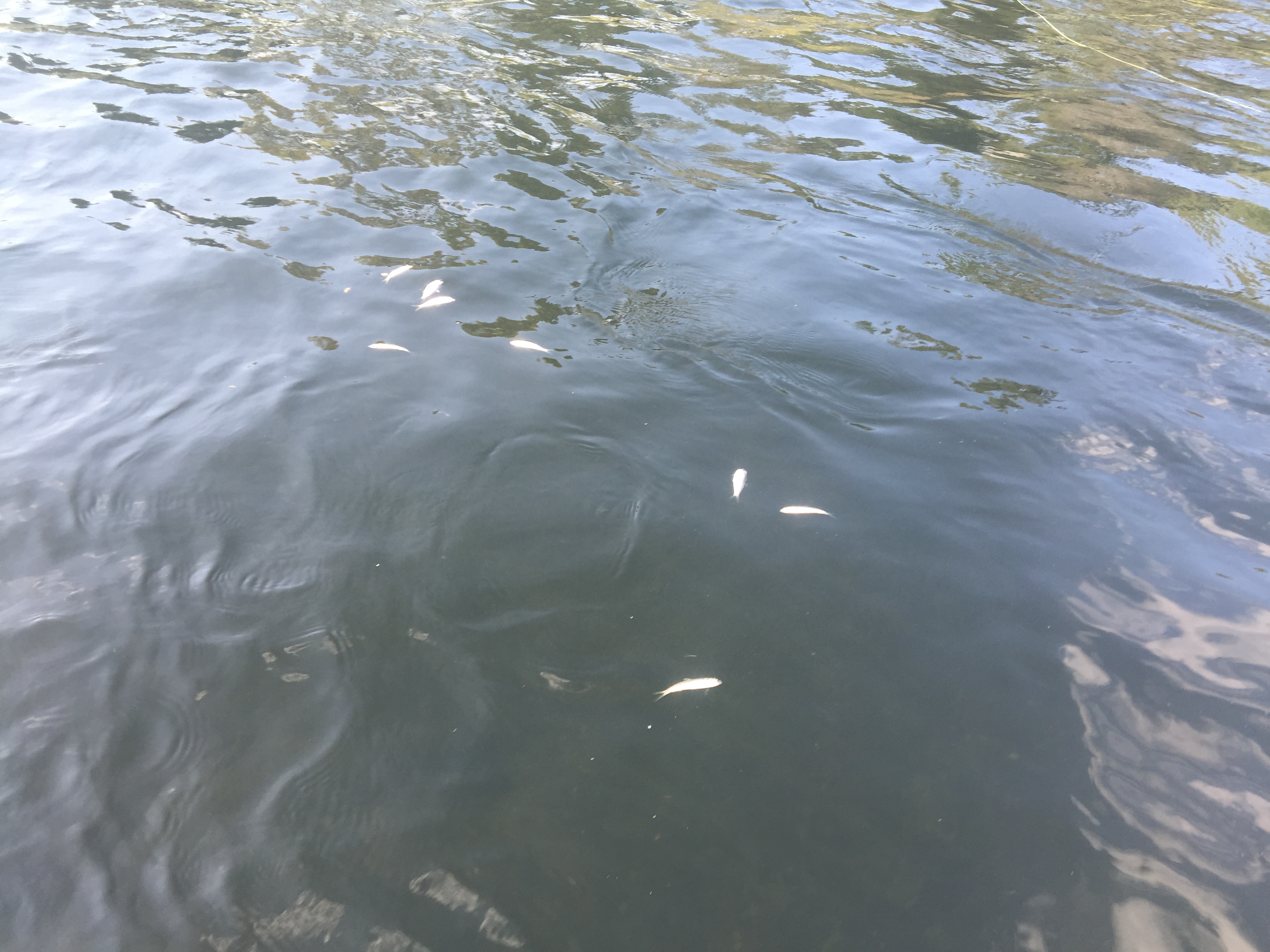