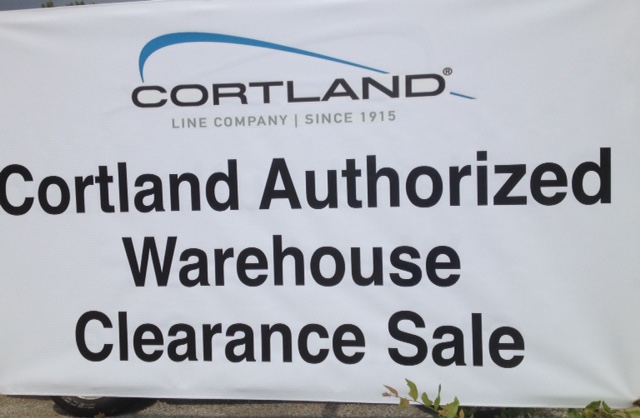 For more than two decades John Wilson successfully led a split existence. By day, he captained operations and guided change at construction, sustainable energy and consulting companies. Outside the office, he earned a reputation as one of the most knowledgeable and skilled fly fishermen and guides in America. Now Wilson is marrying his passion and his profession as the new president of Cortland Line Company.

Wilson, who joined Cortland earlier this year as the company?s executive manager, promises renewed focus and energized innovation for the company as it celebrates its 100th anniversary in 2015.

We have been selected to help clear out the overstocked warehouse of Cortland Line Co.  Drop by the shop in Bull Shoals or visit our web shop at http://theflyfishing-store.com and load up on some fly line, leader, tippet and other items.  You’ll like the prices and shipping is only $3.50

This entry was posted in Uncategorized. Bookmark the permalink.