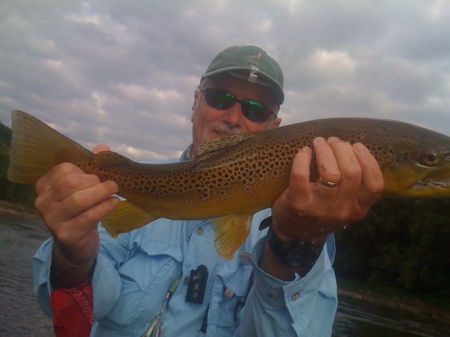 I know it sounds fishy but when you’ve got three fisherman with you who can FISH it’s a whole heck of a lot easier.  We got an early start and were in the boat before 7:30 headed to the “spot”. We rigged up with pheasant tails #16’s and #14’s and the catching began.  It was getting tough trying to keep count so I took out my iPhone and opened up the note pad app and began punching in numbers and the times.  Wayne was the first one with a fish on and coach was soon behind him with number two.  The catching was so good those two even had a couple of doubles before 9:00 A.M.  By 9:38 we hit the 20 brown trout mark and then it took three hours to catch another 10 fish and at 12:26 we hit brown trout number 30 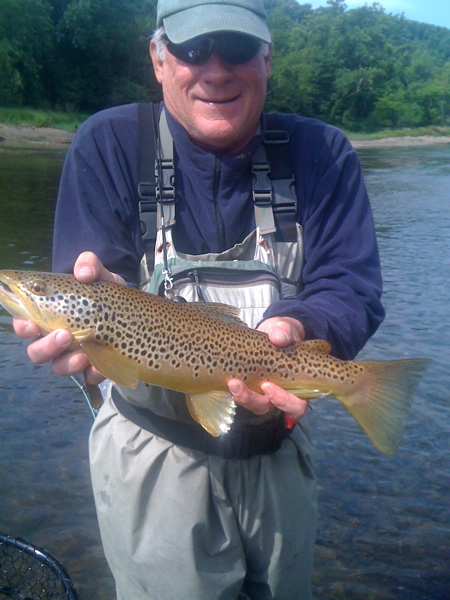 Coach seen to the right couldn’t do anything wrong on this morning and hammered this chute so hard it was screaming uncle by noon and by then the catching was slowing down at a rapid rate.  We could see the fish in front of us and there were hundreds of them with few rainbows to get in the way.

Memorial day weekend took care of that problem with hundreds of rainbows in the process of aquiring freezer burn from a busy corn chucking weekend of meat hunters taking out the freshly heavily stocked cookie cutter bows put in by the federal and state hatcheries a few days earlier.  So to those folks I offer my thanks as they did us a favor.  We didn’t have many bows getting in our way. 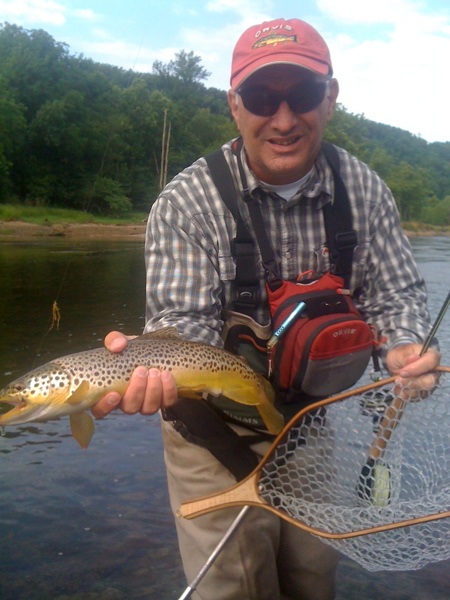 Yesterday Monday I took a gentle man from New Mexico out for 4 hours who was also a pretty good stick and he hooked and landed 7 brown trout. 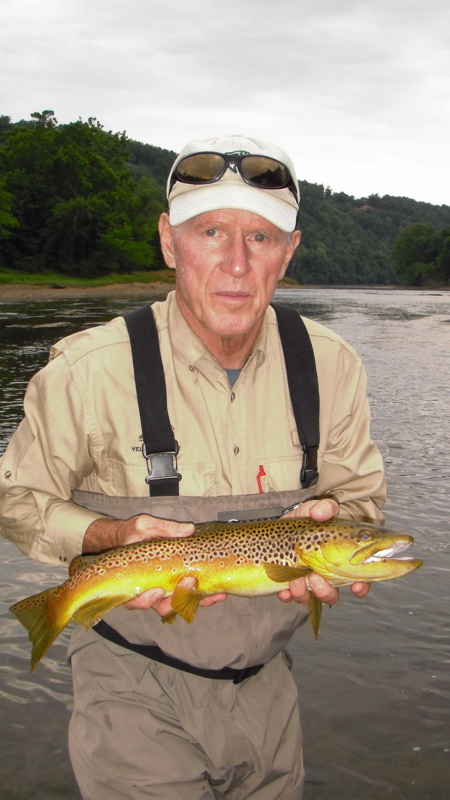 We started with PT’s and also hooked fish on headless midges, scud and planaria.  Upstream nymphing with cast of 40 and 50 feet on a long leader.

If this sounds like your kind of fishing give me a call and we’ll make it happen.  Bring your waders and your cleated boots.

Check out the 2012 Gallery for more pictures.