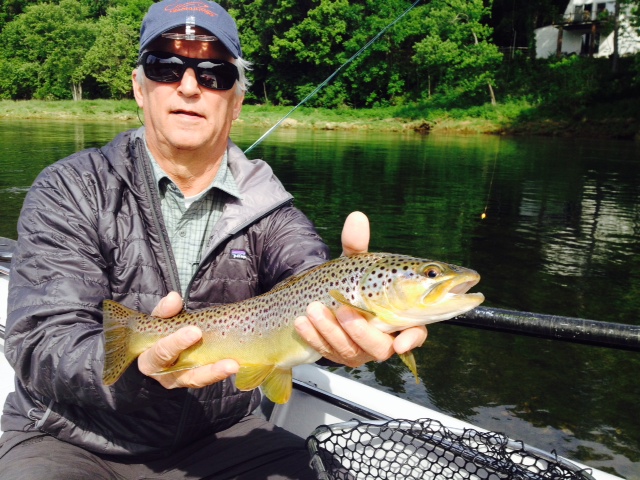 Due to flooding further down stream we have been seeing lower flows on both the White and Norfork Rivers.  Wading opportunities with no generation on the Norfork have been available in the mornings until a full two units have been kicked on around 11:00 or noon.

We are also seeing some pretty good caddis on the upper end of the river from Ranchetts up to the Blue Hole about 6 miles down stream of the dam.  Caddis nymphs are working well in the afternoons.  When this flooding down stream subsides I am pretty sure we will begin seeing some heavier flows.

It has been a long dry spell for any spectacular wade fishing as far as I know. That all changed yesterday May 6. The Norfork Tailwaters was a waders dream come true for the morning period.

During these periods I would move down river so never fished the same area with two different flies. Even though I never caught any large trout you could see some monsters laying on the bottom finning. Perhaps RS Sowbugs may have worked, I was just too lazy to change flies.

The majority of the fish were holding in the slower and more shallow part of the river or were deep where the water would have been slower.

Unless we have a big rain, would expect this trend to last for awhile.

LIFE IS GOOD IN THE OZARKS …………. DON’T MISS A OPPORTUNITY TO TAKE A KID FISHING.

FREE SHIPPING on Trout Hunter tippett.  50 meter spools are only $22.95 and we will ship them anywhere in the USA for free.  Call the shop 870-445-3848 or order online at http://theflyfishing-store.com 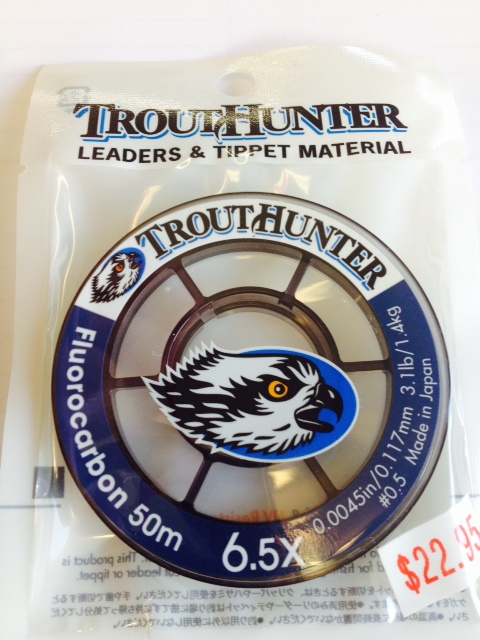